Is Audience Presence Related to Home Advantage? -
Skip to content 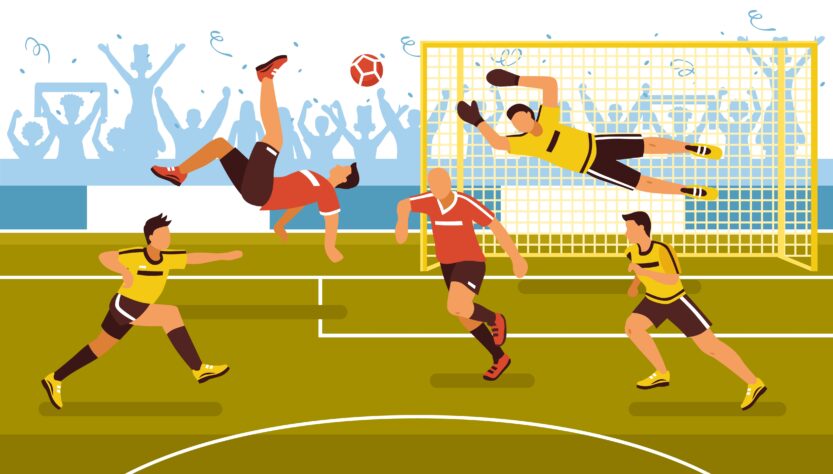 In sports, audience support is believed to be one of the factors that influence an athlete’s performance during a game. Spectators express their support through cheering and applauding. In contrast, other audiences intimidate teams and individual athletes through discouraging acts, such as jeering, taunting, or mocking.

Many people have observed sports performers’ tendency to win when competing at their home facility, where the spectators are predominantly supportive. Various studies of professional, collegiate, and high school sports have found that home performers win against visiting teams in a more significant proportion of games played at home.

The home-field advantage effects are common in team sports, including basketball, baseball, football, soccer, and individual sports like tennis and wrestling. It has been found that soccer demonstrated the most substantial home advantage, with home teams winning 67.4% of their games. Consequently, teams for basketball, tennis, hockey, football, cricket, and baseball playing on their respective home fields win about 55% to 65% of their games.

However, the home-field advantage is sometimes not applicable in some situations. Playing at home-field can, at times, be a disadvantage. There are an ample amount of studies suggesting that competing at home can also handicap performing teams, especially during crucial, high-staking contests. The home-field disadvantage effects are often found during high-pressure matches, such as the final rounds of major championships.

Moreover, there are many variables that may help create a home-field advantage, but none seem to be as significant as the presence of a supportive audience. There are many factors as to how the audience and crowd affect teams’ athletic performance. Most are associated with the psychological effects of the audience and group on performing individuals.

Social facilitation is based on the notion that athletes perform better in the presence of an audience of one or more spectators. Norman Triplett, who conducted a study on bike race performance in 1898, has attributed the phenomenon to the term dynamogeny, which means increased nervous activity or stimulation of the nerves. Meanwhile, it was Floyd Allport who used the term social facilitation. He found through his study that individuals tend to perform better when they were grouped with others.

Accordingly, Robert Zajonc’s classical paper has contributed to the most critical factor in the development of social facilitation as a field of inquiry. He proposed that a crowd’s presence has an increasing effect on the performing subject’s performance drive. In his paper, he indicated that crowd influence for highly skilled athletes could lead to performance facilitation, increasing their drive during matches. In contrast, the crowd’s impact on less-skilled athletes can lead to a decrease in performance drive.

The crowd size, density, and intimacy make a difference in creating the home-field advantage. The bigger the supportive spectators, the higher the chances of getting cheers and applause; hence, the greater probability of boosting athletes’ drive to perform better and win the match.

Likewise, having a larger supportive audience on the home-field can have a negative impact on the visiting team. Supporters of the home team do not only cheer for the team, but they also tend to become hostile to the visiting team. They often protest and show discouraging acts, such as mocking individual athletes or the whole team; hence, affecting their performance during the game.

Home teams generally enjoy a home-field advantage, as they can commonly control rebounds, steals, and field goal shooting percentage. The boost in influencing game factors is due to athletes’ increased confidence, often contributed by the crowd density of supportive spectators.

Hence, as discussed in the paper of Robert Zajonc on social facilitation, a crowd’s presence can impact the performance drive of performing athletes and the whole team. However, the impact is varying on individual athletes. Crowd influence can either help improve the gameplay of athletes, depending on how skillful they are.

Many athletes believe there is a home-field advantage, indicating that they feel the home court or field familiarity and the support from the audience during matches. These factors have a highly positive impact on the performances of athletes. Some players also feel more confident about themselves and their skills when they play their game at home than when they are away.

The home advantage is a sports phenomenon where the home team wins more often than the visiting team. There are many factors contributing to the wins of a team when playing at home. Many studies have associated the home advantage win of teams with the presence of a crowd during matches. They seem to facilitate athletes’ performance, boost their confidence, and enhance their performance during a game.

However, there are factors that create a home advantage, such as game location, travel factors, and rule factors. Athletes have the edge on matches as they are familiar with the playing area. They are also within their home state, which means they do not have to travel far for a game.

Due to the spread of coronavirus in many countries worldwide, various sporting events have been postponed or cancelled. And many sports enthusiasts and bettors are left with no live games to watch and bet on.

88Probet is the most trusted and reliable Online Sportsbook. It is the ultimate destination for everyone who wants a complete sports experience. Start betting today or play other games on online casinos at www.88probet.com.