History of Online Sports Betting in Singapore -
Skip to content 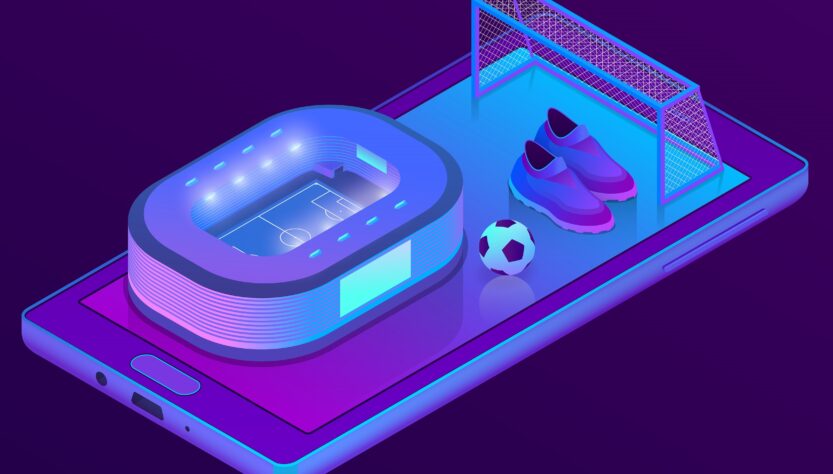 The love for gambling that people have is nothing new. While many consider gambling an immoral activity, it is still one of the most favorite activities by thrill-seekers worldwide. The first thing that comes to mind when people think of gambling is slot machines and poker, but there are also other forms of gambling that are equally as popular, such as sports betting.

Many enjoy sports betting as rather than relying on chance and pure luck; this taps into a sports fan’s passion. Bets are commonly offered in sporting events such as football, motor racing, horse-racing, basketball, baseball, golf, rugby, and boxing.

Sports betting involves predicting the outcomes from these events, such as the final score and winner of the match or championship. You can also wager on details like the first player to score and the number of fouls committed during the game. Wagering on sports allows sports fans to prove their knowledge of a sport or show their loyalty and support to a particular team.

Although it didn’t gain as much prominence or mas appeal as appeal lottery games such as 4D and Toto, sports betting became prevalent and gained widespread acceptance in Singapore. In 2008, the Ministry of Community, Youth, and Sports revealed that about 9% of the respondents in Singapore engaged in sports betting regularly.

The convenience that the internet offers only fueled these people’s gambling desires. However, gambling and sports betting didn’t start there. Singapore has a long history when it comes to gambling.

Historical records from the 19th century showed that the activity was alive and well in Singapore during the British colonial period.

During this time, the indigenous Malays and Chinese settlers and migrant workers inhabit the relatively undeveloped rural areas. The Malays were known for placing wagers on cockfighting, while the Chinese primarily played casino games like Fan-Tan. European cards and dice games became popular over the centuries as well.

However, Sir Stamford Raffles, the founder of Modern Singapore, wasn’t fond of gambling. He saw gambling activities as vices and was keen on banning them. On the other hand, his successor had the opposite stance. William Farquhar issued licenses to gambling farms and gaming tables when he took over in 1820. It is said that the colonial police were funded from gambling revenue.

This changed again when Sir Raffles returned in 1822. He ordered the closure of all gambling farms and cockpits through Regulation no. IV of 1823: A Regulation Prohibiting Gaming-Houses and Cockpits, and for Suppressing the Vice of Gaming in Singapore.

The punishment for breaking this rule was even severe. People who were found guilty either had a certain amount or their entire property confiscated. They were also banished from the settlement and corporal dependent upon the discretion of the Court.

In 1823, John Crawfurd replaced Farquhar as the British Resident. Similar to Farquhar, Crawfurd supported gambling and permitted gambling houses. Gambling became one of the most lucrative avenues of tax by 1826, but Crawfurd stepped out of the office in the same year. The Grand Jury demanded the prohibition of gambling the following year Crawfurd stepped down.

Gambling was successfully banned throughout the Straits Settlements in 1829.  However, this clamp-down drove gambling underground. Gambling continued to flourish despite becoming illegal.

In 1960, The Betting Act was enacted to suppress common betting houses, betting in public places, and bookmaking. While the act essentially prohibits the mentioned activities, it does allow leeway for specific organizations to be exempted from the act by the relevant authorities.

Similarly, the Common Gaming Houses Act was passed in 1961 to suppress illegal common gaming houses, public gaming, and public lotteries. Once again, the ability of authorities to grant exemptions was enshrined within the act.

In 1968, the post-independent government established the state operator Singapore Pools to counter the illegal betting and channel the proceeds of sales to the benefit of the community. Still, illegal gambling was rampant and dominated the gambling industry.

Before 1999, legalized gambling was limited to the Singapore Sweep lottery, 4D, and Toto operated by Singapore Pools. This also includes horse-racing conducted by the Singapore Turf Club and certain types of gaming in private clubs. All other forms of gambling were illegal. However, this change when legalised sports betting was introduced this year.

Singapore Pools introduced legalized football betting on S-League games. Its purpose is to support and maintain the viability of Singapore’s first local professional football league after the team’s withdrawal from the Malaysia Cup tournament. The proceeds from betting on S-League matches are channeled back into the league to fund the development of its football clubs.

The government of Singapore takes sports betting and gambling on their territory very seriously. As a result, the Parliament passed the Remote Gambling Act 2014. This prohibits any form of sports betting and any other gambling activity using remote communication such as the internet, telephone, television, radio, or any electronic or technology for facilitating communication.

Daring Singaporean sports betting gurus that place bets with illegal foreign or domestic bookmakers can face fines up to $5,000 in fines and six months in prison, similar to current penalties for illegal gamblers under the Betting Act and the Common Gaming Houses act.

Singaporean authorities are quite proactive in their fight against online gambling since the act came into effect. Additionally, the Ministry of Home Affairs has also blocked hundreds of Internet domains. Bank accounts and credit card payments linked to illegal online gambling services were also blocked.

As a result, it’s nearly impossible for popular online sports betting websites to penetrate the Singapore market. All the massive online gambling operators immediately retreat from the market when the Remote Gambling Act.

In 2016, the Ministry of Home Affairs granted an exemption to Singaporean Pools and the Singapore Turf Club from the Remote Gambling Act 2014. They were the only online remote operators allowed to function and offer online and telephone gambling for 4D and TOTO lotteries, football, and motor-racing.

Sports Betting and gambling, in general, have come a long way. We’ll never know what will come or what will change in the industry in the future. However, with the current regulations in place, make sure to do full research on online sports betting before jumping in to ensure the best and safest gaming experience.

88Probet is the most trusted and reliable Online Sportsbook in Singapore. It is the ultimate destination for everyone who wants a complete sports experience. Start betting today or play other games on online casinos at www.88probet.com.