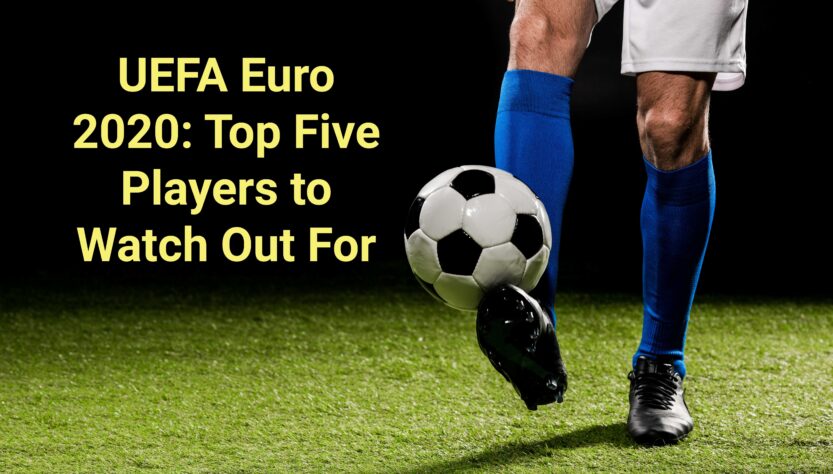 The UEFA European Football Championship is set to take place this summer, a year later than initially planned, due to the onset of the pandemic. The month-long tournament will begin on June 11 until July 11, 2021, as all excitement undoubtedly peaks. The UEFA Euro 2020 is among the most anticipated sports events for many sports fans and sports enthusiasts worldwide. Take a look at this list of some of the top five-star players to watch out for who could significantly impact this anticipated tournament in Europe.

Joao Felix shows his talent as he thrives in an attacking position even as he plays under Diego Simeone’s Atletico Madrid. Portugal is among the most challenging groups in the UEFA Euro 2020, and players such as Joao Felix stepping up to the game can help the team reach the tournament’s knockout phase. As Portugal reaches greater heights in the game, the more significant the impact the football fans around the world will be able to see from the talent of Joao Felix on the field.

Dominik Szoboszlai consistently puts top performance on the field even as he transferred in the January transfer window from RB Salzburg to RB Leipzig. Even as Hungary is a considerable outsider for the UEFA Euro 2020, their star player Szoboszlai can get the fans raving about the quality he brings to the field as the team plays.

Playing for a team that does not have other star players can benefit the young player Szoboszlai. As he shines bright at RB Salzburg, Szoboszlai’s exposure and impact on the field can become more prominent, especially with the dazzling performances that he is undoubtedly capable of as he plays on the field.

Phil Foden, the Manchester City maestro, has relished a very successful campaign during the Premier League so far. Hopefully, that momentum can help this star player make his way into Gareth Southgate’s plans for the summer. This dynamic midfielder has shined bright on the field as he thrived in playing several positions under Pep Guardiola during the season.

His versatility in his overall performance can help increase his chances of starting for England in the tournament, significantly impacting the field. However, Foden would not be held under pressure as he is not considered one of the most experienced and seasoned players yet. Nevertheless, his potential based on his performance levels on the field can push him into the spotlight as one of the star players.

The 22-year-old goalkeeper Gianluigi Donnarumma already has field experiences under his belt since he debuted when he was 16. Among the list is his experience of being between the sticks for the Italian side, AC Milan, for the past six years, and his experience as the starting goalkeeper in the Italian national team.

Despite constant comparisons to Gianluigi Buffon, Donnarumma, as the commanding goalkeeper, looks all set for an impressive and dazzling performance on the field at the UEFA Euro 2020.

Sweden’s 21-year-old center forward is currently impressing on the field in La Liga. Alexander Isak’s stats have caught the attention of many enthusiasts, with 12 goals and two assists in the range of 20 matches. Unsurprisingly, the Swedish player has been linked with a move back to Borussia Dortmund for this summer. If Isak shows impressive UEFA Euro 2020, it could play such a significant role in his club career.