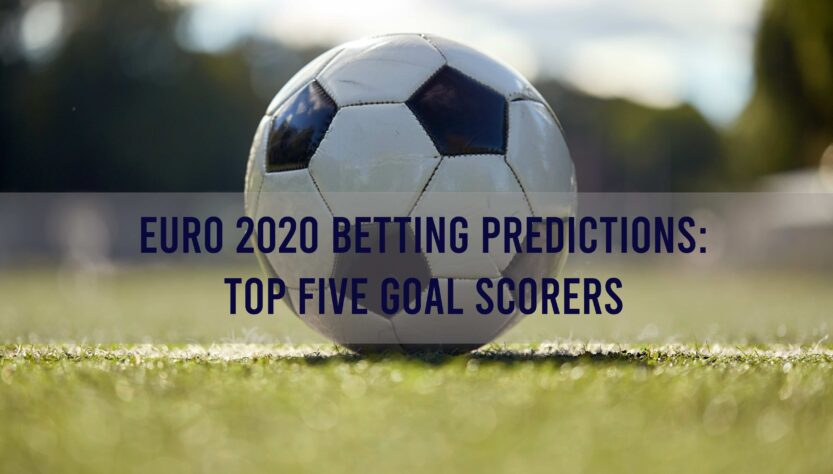 The Euro 2020, which is set to be the 16th UEFA European Championship, takes place every four years in Europe. The Union of European Football Associations organizes this widely anticipated sports event (UEFA), originally scheduled between June 12 and July 12 last year in 2020. However, due to the onset of the COVID-19 pandemic, the tournament was delayed for one year. Today, the good news is that it is now scheduled to commence and start on June 11, 2021, until July 11, 2021.

London, England’s Wembley Stadium, is set to host the semi-finals and the finals of the tournament with its high capacity of accommodating many people. Rome’s Stadio Olimpico has been selected as the opening venue.

With the UEFA European Championship approaching nearer, it is exciting to see once again the large, prominent, and well-known names of leading goalscorers not only across Europe but also in the entire world. The list of top scorers in the UEFA Euros offers a level of competition that the world can look out for. In line with this, here is the list of the top five goal scorers for Euro 2020 betting predictions that sports fans and sports enthusiasts are looking forward to seeing shine bright on the field.

With 41 goals under his belt, Robert Lewandowski boasts a record-breaking Bundesliga campaign as he surpassed Gerd Muller near five-decade-old record for most goals. This puts him as the one at the best of the best of Europe’s goalscorers for a while. It is easy to say that he was at his lethal best in this season with his 29 appearances on the field to finish a country mile ahead of Andre Silva’s 28 goals.

With Lewandowski’s prolific exploits, Bayern Munich had staved off. It deflected a determined challenge from Leipzig and Borussia Dortmund to win a record-extending Bundesliga title for the ninth consecutive time.
This 32-year-old football player’s stellar goal-scoring form in the league saw him as an equal alongside famous football figures Messi and Ronaldo to win the prestigious European Golden Shoe Award for the first time in his football career.

Overall, with his 40 appearances across all competitions in this season, Lewandowski accumulated 48 goals and nine assists. Additionally, he also scored a goal in an astounding estimation of around 70 minutes. As a result, this Polish striker also registered a sensational and astonishing xG or expected goals of 31.6, which is the best among Europe’s top five leagues.

Messi and Ronaldo are some of the most prominent football figures easily recognized by millions of sports fans worldwide. Additionally, the Messi and Ronaldo era is far from over in terms of popularity and astounding skills that they possess on the field. While Ronaldo finished at the top of the Serie A scoring charts, the Argentine football player continued his imperious La Liga victory as he won another Pichichi award.

In 47 appearances across all competitions during this season, Messi was involved in a total of 50 goals, adding 38 more goals and 12 assists under his belt during this season. Additionally, this also includes a league-leading 30 goals and nine assists in terms of contributions in the La Liga.

The Argentine six-time Ballon D’Or was also involved in 46 percent of Barcelona’s total goals in the Spanish top flight. In addition, Messi also managed to nag five goals and two assists across six Champions League appearances where he can score a goal in around 108 minutes. This star football player recorded an expected goal of 23.6 and a total of 10.8 expected assists in the league.

Top football player Cristiano Ronaldo has made another goal-scoring start this year. At 36, he shows no signs of slowing down as an elite athlete who shines on the field with his 29 goals during the season. Additionally, Ronaldo has written himself in history once again as he became the only player to finish as the top scorer in three of Europe’s major domestic leagues.

Ronaldo propelled the Bianconeri to a Champions League spot, and he scored a league-leading 29 goals across 33 games. In addition, he won his first Capocannonieri award in his third attempt as a player. This Portuguese elite player registered a goal in a total of 104 minutes across all competitions. He also played a direct role in the 40 goals out of 44 games this season, leading to 36 goals and four assists.

With 23 goals under his belt, Harry Kane also won his third Golden Boot as he scored on the final day of the season. He also had 14 assists as he led both the goal scorers and assists tally on the field. The star player recorded 20.5 xG in the Premier League and an xA of 7.4 during the season, making him a popular bet for the UEFA European Championship. In addition to his long list of accolades is how he became the first player since Andy Cole to finish the league season with the most goals and assists.

Kylian Mbappe was a sensational sight to see on the field with his stellar performance, which resulted in him emerging as one of the strongest contenders for the Ballon D’or going into the Euros. Mbappe shined like a million stars on the field with his 47 appearances as he was directly involved in 53 goals across all competitions.

In those 53 goals, he led 42 of those, with 11 assists which also makes him a preferred bet in the European Championships. As a 22-year-old, this star player also took home his third consecutive Golden Boot award as he scored 27 goals which are 39% of the league goal tally. Many sports fans and sports enthusiasts are looking forward to what else this shining star player can offer on the field in one of Europe’s most anticipated sports events for this year.